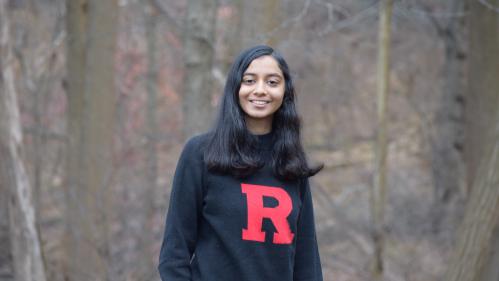 Maya Ravichandran is only the second Rutgers student in the school’s history to receive this prestigious postgraduate scholarship.
Courtesy of Maya Ravichandran
Download High-Res

Watching a family member die had a profound effect on Maya Ravichandran.

Though she was only 5, the Rutgers senior said the experience of losing her grandfather to leukemia while he lived with her family in Holmdel continues to guide her as she pursues a career in an emerging field as a physician-scientist working with artificial intelligence (AI).

“It was pretty tough. So that was definitely a motivation,” said the 20-year-old computer science major in the School of Arts and Sciences at Rutgers-New Brunswick, where she is also a member of the Honors College. “I think the use of AI in medicine has not at all reached its potential. It’s largely untapped at this point. I like the idea of being able to use these new technologies to cure and prevent diseases such as cancer.”

Being named a 2021 Marshall Scholar brings her another step closer toward achieving that goal.

Ravichandran was one of 46 selected out of a record-breaking 1190 students and recent graduates nominated nationally, and only the second Rutgers student in the school’s history to receive this prestigious postgraduate scholarship. The university’s first recipient, Diego A. Atehortúa, was named a Marshall Scholar in 2020. Founded in 1954, the Marshall Scholarship finances the graduate studies of up to 50 of America’s future leaders in the United Kingdom with the goal of strengthening the relationship between the British and American peoples, their governments, and their institutions. Ravichandran plans to put her scholarship to use studying computer science and artificial intelligence at University of Oxford next year.

“I thought it would be great to get a new perspective from living abroad,” she said. “When it comes to computer science and the application of AI in medicine, there is a lot of that work going on in the UK.”

Working in a budding field that melds computer science and medicine, scientists utilize AI to extract new information from medical data about health, disease, or delivery of patient care. Ravichandran’s final course project in her graduate "Machine Learning" class, for example, is using a machine learning model to predict attitudes toward COVID-19 and social distancing. Proper analysis of that data can benefit public health, she said.

“If you are able to predict someone’s attitude toward COVID based on where they live or their level of education, you can focus education efforts on people who are less likely to know a lot about the virus or do not have positive attitudes toward social distancing,” she said.

Because the role of a physician-scientist researcher straddles several disciplines, the roadmap for becoming one is still largely undefined at the undergraduate level. However, when Ravichandran embarks on her overseas journey next fall, she will bring with her a wealth of experiences gained at Rutgers that uniquely prepare her for this career.

“I’ve had so many opportunities at Rutgers,” she said. “I’m grateful for the guidance I received from my professors and from upperclassmen. They helped me understand how to search for internships, boost my resume, and how to network. It opened doors for me and bettered my chances of going into this field.”

Her experiences include taking premed courses, scoring a biomedical research internship on computational genomics with the National Cancer Institute, and nurturing her interest in entrepreneurship by working as a sales and trading summer analyst with Merrill Lynch and serving as president of Rutgers Venture Capital Club. She also served on the executive board of the student government, Rutgers University Student Assembly, and volunteered in the ER of Robert Wood Johnson University Hospital. It was an atypical path, said Ravichandran, that had its confusing moments.

“Most of my friends in computer science are pursuing software engineering jobs at Facebook and Google, and most premed students are super focused on becoming a surgeon or physician,” she said. “Research conducted by physician-scientists applying AI to medicine is a niche field, but it is going to grow in the future and has the potential to make the world a better place.”

Ravichandran’s dedication to carve out a multidisciplinary undergraduate experience while maintaining an overall 3.98 GPA went a long way to distinguish her from the hundreds of other students competing for the Marshall Scholarship, said Arthur D. Casciato, director of the Office of Distinguished Fellowships.

“In my 21 years of helping students apply for the Marshall Scholarship, I’ve never encountered a more broadly talented candidate than Maya Ravichandran,” said Casciato. “Indeed, I’m convinced that it was exactly Maya’s intrepid blending of computer science, medical research and entrepreneurship that made her a standout in a competition that always brings together many of our nation’s brightest, most accomplished young people.” 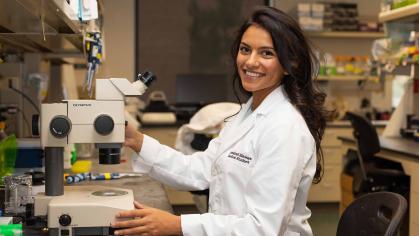 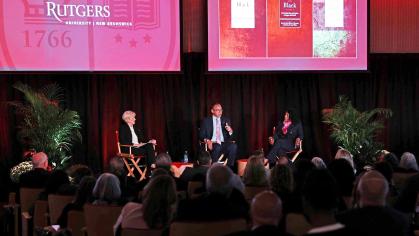 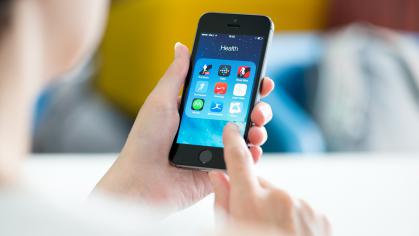