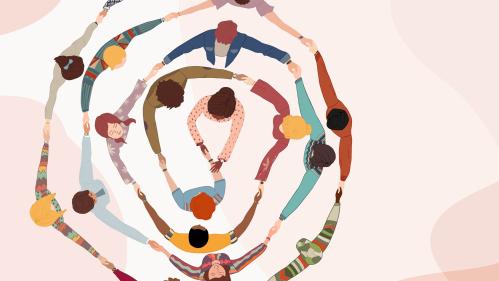 Senior university officials announced a $2 million gift and the creation of an endowed fund to enable the Rutgers Center on Policing and Rutgers University’s Miller Center on Community Protection and Resilience to combine their efforts to protect vulnerable populations and promote excellence in policing.

The new combined center will be known as the Miller Center on Policing Excellence and Community Resilience and will be part of the Eagleton Institute of Politics at Rutgers University­–New Brunswick.

The combined center will continue Rutgers’ work in the United States and abroad in promoting the resilience of vulnerable populations, identifying and implementing best practices in policing and researching and calling attention to extremism and hate speech as they spread across social media platforms and erupt in real-world acts of violence.

“The work of the Miller Center in forging closer relations among vulnerable populations and in promoting best practices in building safer communities is foundational,” said Rutgers President Jonathan Holloway. “This gift will enable the coordination of these efforts and represents a down payment on a more just, safer, and more tolerant future.”

The gift and endowment are the latest contributions from Rutgers alum Paul Miller (AB 1960, Law 1962), whose total giving to Rutgers exceeds $6 million.

“Rutgers opened every door for me and my family,” said Miller, who retired as general counsel to Pfizer Inc. and also was president of the American Jewish Congress. “It enabled me, a member of a vulnerable community, to live the American dream. This contribution will enable the university’s experts in building community resilience and promoting excellence in policing to work hand in hand to promote resilience among my own and other vulnerable populations.”

“The Miller Center’s research and on-the-ground community resilience work exemplifies our commitment, expressed in Rutgers–New Brunswick’s Academic Master Plan, to scholarship that serves the common good,” said Francine Conway, chancellor-provost of Rutgers–New Brunswick. “We are focusing our research on making a direct and positive impact for communities.”

Among its other initiatives, the Center on Policing has been appointed to assist in monitoring the federal consent decree reforming the Newark Police Department and has formed an association of elite police training academies to share and implement best practices in de-escalation, community policing, and other subjects.

The Miller Center for Community Protection and Resilience has conducted on-the-ground training of vulnerable populations and police in threatened areas such as Brussels, Belgium; Whitefish, Montana; Milwaukee, Wisconsin; and Stockholm, Sweden. The Center has also partnered with the International March of the Living to educate lawyers, academic researchers and active-duty law enforcement about the Holocaust and genocide prevention; and has partnered with the Network Contagion Research Institute to produce groundbreaking research on the manipulation of social media platforms to propagate messages of hate and disinformation and to foment real-world violence.

“The work of the two centers has been complementary,” said John J. Farmer, Jr., director of the Miller Center on Policing Excellence and Community Resilience and of the Eagleton Institute of Politics. “By bringing them together, this gift will enable us to coordinate the research and real-world work more closely to have an even greater impact in improving relations between police and communities and in promoting the well-being of vulnerable populations in New Jersey, the United States and beyond.”