Eating a larger proportion of protein while dieting leads to better food choices and helps avoid the loss of lean body mass, according to a Rutgers study.

An analysis of pooled data from multiple weight-loss trials conducted at Rutgers shows that increasing the amount of protein even slightly, from 18 percent of a person’s food intake to 20 percent, has a substantial impact on the quality of the food choices made by the person. The study was published in the medical journal Obesity.

“It’s somewhat remarkable that a self-selected, slightly higher protein intake during dieting is accompanied by higher intake of green vegetables, and reduced intake of refined grains and added sugar,” said Sue Shapses, author of the study and a professor of nutritional sciences at the School of Environmental and Biological Sciences (SEBS). “But that’s precisely what we found.”

In addition, the researchers found a moderately higher intake of protein provided another benefit to the dieters: a reduced loss of lean body mass often associated with weight loss.

Weight-loss regimens that employ calorie restrictions can often spur dieters to reduce the intake of healthy foods that contain micronutrients such as iron and zinc. Ingesting higher levels of proteins is often associated with healthier outcomes, but the link between protein intake and diet quality is poorly understood, according to researchers.

“The impact of self-selected dietary protein on diet quality has not been examined before, to our knowledge, like this,” said Anna Ogilvie, co-author of the study and a doctoral student in the Department of Nutritional Sciences at SEBS. “Exploring the connection between protein intake and diet quality is important because diet quality is often suboptimal in the U.S., and higher-protein weight loss diets are popular.”

The data was collected from more than 200 men and women participating in clinical trials at Rutgers funded by the National Institutes of Health over the past two decades. The analysis of food records and diet quality for this study was funded by the Institute for the Advancement of Food and Nutrition Sciences in Washington, D.C. Participants were between the ages of 24 and 75 and registered a body mass index that categorized them as either overweight or obese. All participants were encouraged to lose weight by following a 500-calorie-deficit diet and met regularly for nutrition counseling and support over a six-month period.

The participants were given nutrition advice based on the guidelines of the Academy of Nutrition and Dietetics and the American Diabetes Association. They were encouraged to allot 18 percent of their caloric intake to lean protein, such as poultry, unprocessed red meat, fish, legumes and dairy, and to expend the balance of their calories on fruits, vegetables and whole grains. They were discouraged from ingesting saturated fats, refined grains, sugar and salt.

Other Rutgers researchers on the paper include Yvette Schlussel and Lingqiong Meng in the Department of Nutritional Sciences at SEBS. 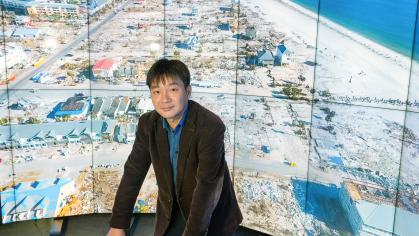 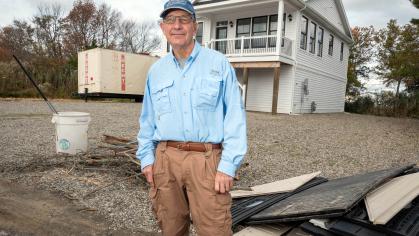 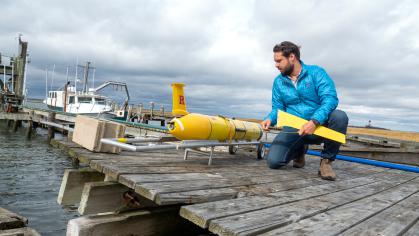