Four Rutgers professors have been named fellows of the American Association for the Advancement of Science (AAAS), an honor awarded by their association peers.

They join 485 other new AAAS fellows as a result of their scientifically or socially distinguished efforts to advance science or its applications. A virtual induction ceremony is scheduled for Feb. 13, 2021.

The new Rutgers AAAS fellows are

Kenneth D. Irvine, Distinguished Professor in the Department of Molecular Biology and Biochemistry in the School of Arts and Sciences at Rutgers University–New Brunswick and interim director of Rutgers’ Waksman Institute of Microbiology.

Irvine’s research group investigates mechanisms that control the size and shape of organs in our body. By identifying biochemical and biomechanical signaling networks that are required for the formation of normal organs, his studies have provided foundational insights into processes that go awry in congenital diseases and cancer. Irvine obtained a doctorate in biochemistry from Stanford University in 1991 and, after post-doctoral work at Princeton University, joined the faculty at Rutgers in 1995. He is a recipient of the Rutgers Board of Trustees Award for Excellence in Research and has served as president of the International Drosophila board, associate editor of Developmental Dynamics and investigator at the Howard Hughes Medical Institute.

The association cited Irvine for “distinguished contributions to the field of developmental biology, particularly for understanding mechanisms that control organ growth.

Brian L. Strom, the inaugural chancellor of Rutgers Biomedical and Health Sciences and the executive vice president for Health Affairs at Rutgers University.

Strom’s area of research interest is in the field of pharmacoepidemiology and the application of epidemiologic methods to the study of drug use and effects. He is recognized as a founder of this field and for his pioneering work in using large databases for research. He is editor of the field’s major text (now in its sixth edition) and editor-in-chief for Pharmacoepidemiology and Drug Safety, the official journal of the International Society for Pharmacoepidemiology. In addition to writing more than 600 papers and 14 books, he has been principal investigator for more than 275 grants, including more than $115 million in direct costs alone. Strom received the 2016 Oscar B. Hunter Career Award in Therapeutics for his outstanding contributions to clinical pharmacology and therapeutics, and was named the 2017 honorary president of The Hellenic Society of Pharmacoepidemiology. He was elected to the board of directors of the Clinical Research Forum in 2019.

The association cited Strom for “distinguished contributions to the field of pharmacoepidemiology, the study of the use and effects of pharmaceuticals in populations.”

Weschler’s area of research is in chemical reactions among indoor pollutants and their products, including ozone-derived free radicals and secondary organic aerosols, as well as indoor pollutant exposures, their contributions to total pollutant exposures and their consequent health effects. He was elected to the International Academy of Indoor Air Sciences in 1999 and received the Pettenkofer Award, its highest honor, in 2014. He also received the 2006 U.S. Environmental Protection Agency Plaque for his service on the EPA’s Science Advisory Board and was conferred the 2017 Haagen-Smit Prize from Atmospheric Environment. Weschler was named a Distinguished Member of Professional Staff, for the top 5 percent of staff at Bellcore in 1986 and awarded the 2006 NIOSH Certificate of Appreciation for his contributions to occupational health research agenda. He has an h-index of 60 in the Web of Science and was awarded Best Paper for Indoor Air Journal between 1999 and 2001. He also is on the editorial advisory board for Indoor Air Journal.

The association cited Weschler for “distinguished contributions to the field of indoor chemistry, particularly for improving our understanding of chemicals present in indoor air, their sources and their fate.”

Hui Xiong, a professor in the management science and information systems department at Rutgers Business School-Newark and New Brunswick.

Xiong’s general area of research is data and knowledge engineering, with a focus on developing effective and efficient data analysis techniques for emerging data intensive applications. He has authored more than 200 research articles and coedited or coauthored four books, including the widely used Encyclopedia of GIS. Xiong is also associate editor of ACM Transactions on Knowledge Discovery from Data and ACM Transactions on Management Information Systems. He has been honored with the 2018 Ram Charan Management Practice Award as the Grand Prix winner from the Harvard Business Review, the 2017 IEEE ICDM Outstanding Service Award and the ICDM-2011 Best Research Paper Award. For his outstanding contributions to data mining and mobile computing, he was named an ACM Distinguished Scientist in 2014 and an IEEE Fellow in 2020.

The association cited Xiong for “distinguished contributions to the fields of data mining and mobile computing.”

AAAS is the world’s largest general scientific society and publisher of the journal Science, as well as Science Translational Medicine; Science Signaling; a digital, open-access journal, Science Advances; Science Immunology; and Science Robotics. AAAS was founded in 1848 and includes more than 250 affiliated societies and academies of science, serving 10 million individuals. The nonprofit AAAS is open to all and fulfills its mission to “advance science and serve society” through initiatives in science policy, international programs, science education, public engagement and more. For additional information, see www.aaas.org. 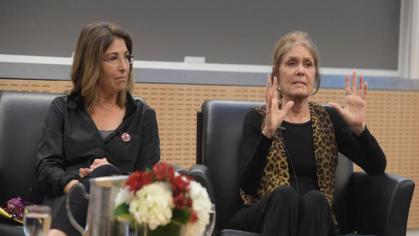 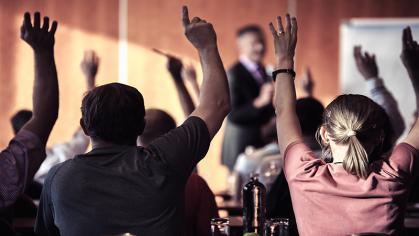 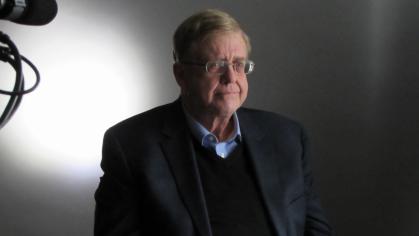