Presented by the Waksman Institute of Microbiology 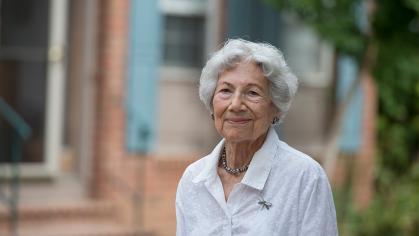 Join the Waksman Institute of Microbiology in celebration of Evelyn Witkin's centennial year and her landmark discoveries. This public symposium will honor Dr. Witkin and serve as a dedication ceremony of a new research laboratory to be named the "Evelyn M. Witkin Laboratory."

Evelyn Witkin was a Rutgers University professor from 1971-1991, a Waksman Institute Laboratory Director from 1983-1991, and she has been a Rutgers and Waksman emerita scientist from 1992 through the present.

She performed high-impact research in bacterial molecular genetics and was a pioneer who opened pathways for women in the biological sciences. She discovered the transcription repair coupling factor, Mfd, in 1973, and she discovered inducible DNA repair ("SOS repair") in 1975. She was elected to the National Academy of Sciences in 1977, and she was awarded the Thomas Hunt Morgan Medal for Genetics in 2000, the National Medal of Science in 2002, the Wiley Prize in Biomedical Science in 2015, and the Lasker Prize in Basic Medical Research in 2015.

Attendance is free and open to all. Space is limited. Registration will remain open until April 12, 2021.

Register and view the event agenda.